Guy Standing’s ‘Plunder of the Commons’

Here are two nice bookends for understanding British politics over the past eight centuries: The Charter of the Forest at one end, which from 1215 (until 1971!) guaranteed commoners the right to access to their common wealth for subsistence. And at the other end, British Prime Minister Margaret Thatcher, who in 1981 ushered in a draconian regime of neoliberal capitalism that has eliminated those rights by stealing and privatizing common wealth.

In his recent book, Plunder of the Commons: A Manifesto for Sharing Public Wealth, Guy Standing, an economist at SOAS in London, brings together both end-points of this history. The focus is on enclosures, but the point of the book, its manifesto, is to reclaim the commons, chiefly understood, in this context, as public assets and services. 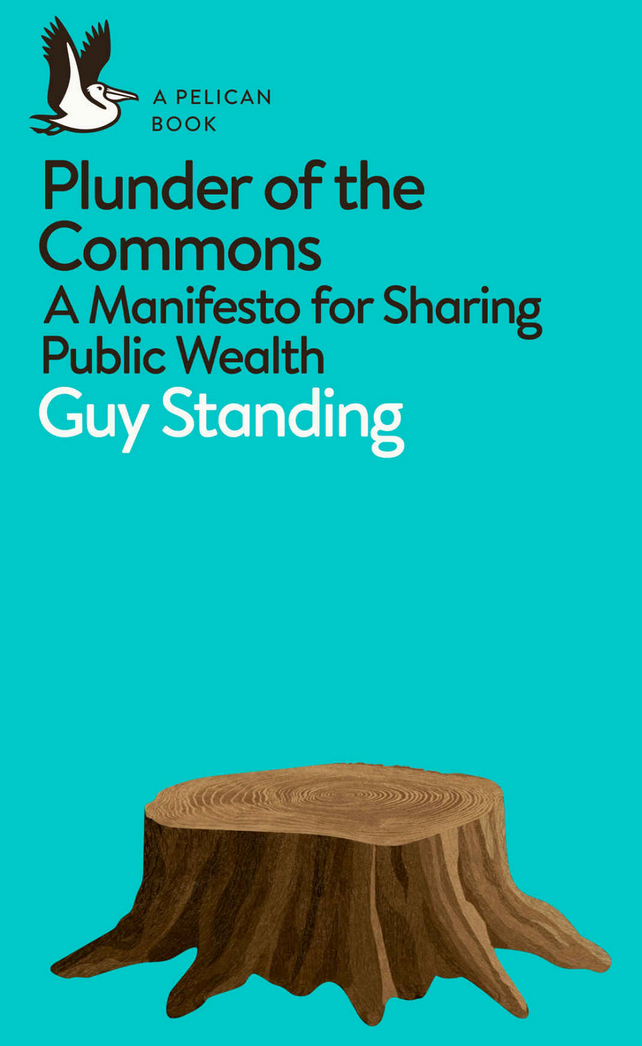 The commons has had a recurring role in the “deep history” of the United Kingdom, but generally it has been treated as something over and done with. It is not generally regarded as a timely political issue that affects everyone. A big salute, then, to Standing for finally providing us with a full-bodied treatment of British commons in both their grand historical sweep and their importance in contemporary politics. He has synthesized so many diverse strands that have made (and unmade) the commons over the centuries – law, land, property rights, economics, culture, knowledge. It all helps illuminate how vital commons are to a fair, well-functioning society.

Appropriately, Standing begins his account with a chapter on the Charter of the Forest, the first legal guarantee of commoners' right to subsistence. Standing’s history of the Charter of the Forest is surely one of the most succinct and vivid that I’ve read of this near-forgotten portion of the Magna Carta. The account is not a dry history of strange people who lived a long time ago; it’s a compelling account of the first instances of many patterns of law, human rights, and political struggle that define our politics today.

“To a certain extent, the Charter can be regarded as an outcome of the first class-based set of demands on the state made by, and on behalf of, the common man (and woman), asserting the common or customary rights of ‘freemen.’…It was a truly radical document, guaranteeing freemen the right to the means of subsistence, the right to raw materials, and to a limited but substantive extent, a right to the means of production.”

From this "origin story," Standing proceeds to explain why commons for education, healthcare, land, knowledge and other realms are so essential today. He surveys natural, social, civil, cultural, and knowledge commons (his categories) to explain how land ownership became consolidated among a wealthy few; how public forests were plundered for their timber; and how public parks and public spaces have been starved for funds or privatized. We learn how “state-led gentrification” has squeezed out affordable housing and eroded neighborhoods and the sense of community while creating more homeless. We learn about the decline of the National Health Service through “privatization drip by drip.”

The great contribution of Standing’s book is to show how enclosure is a pervasive phenomenon in contemporary politics – yet barely remarked upon by the political classes. In this, Standing shrewdly sees the strategic value merely in talking about commons. It resurrects issues that free marketeers – Tories, corporations, investors, Thatcherites – would prefer to ignore. Plunder of the Commons acts as a corrective by drawing a straight line from the royal seizures of common lands 800 years ago, to the cruel austerity policies of Thatcher/Reagan that continue to this day. In the 1200s, roughly 50 percent of British land was managed as commons; today, about 5 percent is recognized as common land. A predictable set of political abuses and wealth inequalities have followed.

It reveals the essential similarity of medieval kings and modern capitalists: both demand thefts of the commons. Economic growth and “progress” have always depended upon the coercive seizures of the people's wealth – something that free-market economics has striven to disguise and ex-nominate (make invisible through words). That’s why talking about the commons amounts to a political act.

I confess that my understanding of the commons differs a bit from Standing’s. He sees many “public goods” and government services as commons. I like to call such things “state-trustee commons” or simply “government services” in that there is no bottom-up governance going on, as in classic commons. The state is in charge, ostensibly acting on behalf of commoners. Some people regard the commons as a shared or shareable resource; I regard the commons, strictly speaking, as a living social system directed and controlled by commoners themselves, and not the state.

That said, even within the discourse that accepts the “public” and “private” binary – which I regard as misleading – talking about commons as common assets opens up a new space. It asserts a moral and human entitlement to things that are essential to life.

Plunder of the Commons lays out an ambitious agenda for reclaiming our commons by proposing two “Articles of a Charter of the Commons.” “Private riches owe much to the existence and plunder of the commons, for which commoners should be compensated,” Standing writes. One way to deal with this issue is to establish a Commons Fund whose endowment would come from levies on common assets used by businesses.The trust fund would then generate dividends that would be distributed to commoners – an idea that has been proven with the Alaska Permanent Fund and popularized by Peter Barnes’ many books, including Capitalism 3.0.

Standing’s Plunder of the Commons is wide-ranging and erudite, but rich with stories and a pleasure to read. He is politically astute without being doctrinaire, and sophisticated without being academic. His book has the great virtue of arriving just in time as well. The fate of many commons is fast-becoming a matter of national debate in British politics, and this book is well-crafted to steer that discussion in the right direction.