The Art of the Legal Hack, as Pioneered by Janelle Orsi

In our legal system -- designed to protect private property, individual rights, and market exchange – it can actually be very difficult to share things legally. Attorney Janelle Orsi found this out the hard way as she worked with co-housing groups, worker cooperatives, and community gardens. “Our clients kept running up against legal barriers that make no sense: employment laws for co-ops in which people are both employer and employee. Landlord-tenant law for cohousing projects in which people are both landlords and tenants.”

Such frustrations led Orsi to co-found (with Jenny Kassan) the Sustainable Economies Law Center (SELC) in Oakland, California, in late 2009. It has since become a singlular team of venturesome lawyers attempting creative hacks on antiquated laws and regulations.Their clients are not corporations or other deep-pocket moguls, but grassroots groups, cooperatives, and social justice organizations, especially in the Bay Area. 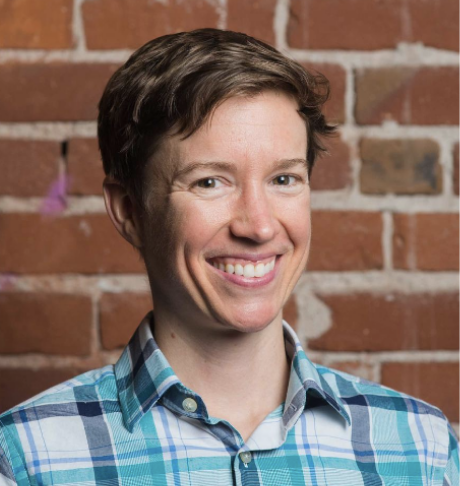 The story of the Sustainable Economies Law Center’s amazing work is the subject of my latest Frontiers of Commoning podcast, Episode #8. Janelle explains some of the innovative legal strategies that the Law Center uses to try to help cooperatives, commons, low-income communities, and Native Americans, among others. (Full disclosure: I am on SELC’s advisory board.)

“The law treats people as atomized, bounded individuals in conflict with each other, in an attempt to keep people separate,” said Orsi. Much of the work at the Law Center is therefore about coming up with ingenious hacks on the law so that people can solve their problems together. The organization describes its theory of change this way:

“Neither our communities nor our ecosystems are well served by an economic system that incentivizes perpetual growth, wealth concentration, and the exploitation of land and people. Communities everywhere are responding to these converging economic and ecological crises with a grassroots transformation of our economy that is rapidly re-localizing production, reducing resource consumption, and rebuilding the relationships that make our communities thrive."

Over the years, the SELC has advised over 1,500 grassroots groups, and when necessary, initiated policy initiatives to try to change laws and regulations that otherwise impede collective ownership and commoning. For instance, the SELC helped legalize the sale of homemade food in California, and it pushed to change California state law to allow coops to raise capital by selling membership shares. Much of the Law Center’s work attempts to bend existing laws and regulations to serve broader, socially minded purposes in concrete ways.

In its work with coops and nonprofits, the Law Center has used “customized bylaws that you have never seen before,” said Orsi. The idea is to prevent power from becoming concentrated in boards of directors and organizational hierarchies. Instead, Orsi and her team help organizations distribute power among co-workers and spread wealth more equally. The Law Center often advises groups to put a cap on the profits that anyone can extract, and to establish a cap on salaries to avoid egregious inequalities among co-workers.

One pioneering project that the Sustainable Economies Law Center assists is the East Bay Permanent Real Estate Cooperative. The Coop describes itself as “a democratic, People of Color led cooperative that takes land and housing off the speculative market to create permanently affordable, community controlled land and housing. We are turning a racist, classist housing market into a tool that can build wealth for the groups most disenfranchised by it.”

The coop buys real estate properties in Oakland and the East Bay so that people who already live there can stay and build equity, without having to answer to a landlord. The land itself is co-owned and co-stewarded. Since the region already has a ridiculously speculative real estate market, the East Bay Permanent Real Estate Coop has deliberately adopted several legal barriers to prevent coop members from simply cashing out as prices rise. The legal provisions help prevent one generation of coop members from monetizing the hard work of previous members and eliminating affordable housing for future generations. Like so many SELC-advised projects, the Coop is all about project long-term use-value over private ownership.

SELC sometimes uses special bylaw provisions that make it more difficult to sell any real estate, in effect decommodifying the land. Bylaws can also be used to give outside parties a veto over potential asset sales and give board seats to other area nonprofits. Going beyond such legal provisions, the East Bay Permanent Real Estate Cooperative actively cultivates member engagement in the life of the Coop.

Orsi, a self-taught cartoonist on the side, likes to use cartoons to demystify various bodies of law and economics, so that they can use law to serve their own needs. For the East Bay Permanent Real Estate Cooperative, she made a cartoon version of the coop bylaws so that they would be highly readable and easily understood. Check out some of Janelle’s other cartoon-videos, such as “Housing for an Economically Sustainable Future,” which explains a piece of pending legislation to fix things, or “The Legal Roots of Resilience.”

More recently, the Law Center has embarked upon an utterly novel project, the Radical Real Estate Law School. The School is not about strengthening private ownership and dominion over land and buildings, but about helping people live and work in closer relationship with each other, and to encourage stewardship of land in organic, dynamic ways. Recently, the School recruited four activists to join as co-workers/apprentices while learning to become credentialed lawyers. Two apprentices have deep connections to farmland, and two are former tenant organizers.

The word “radical” in the School’s name was chosen with care; it points to “getting to the roots” of  problems. In that regard, the team is working to acquire land so it can be returned to indigenous forms of stewardship and participation, and it is devising legal structures to ensure that land is protected in perpetuity. Among other activist/legal adventures.

For the fuller story of the Sustainable Law Center and Janelle Orsi’s work, check out the podcast episode here.