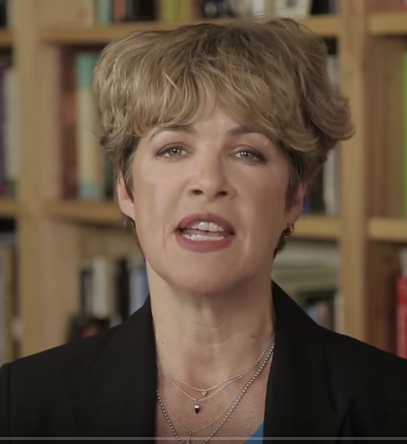 Yesterday evening, Thom Hartmann, the progressive talk show host, interviewed me on his "Conversations with Great Minds" national TV show.  The first 12-minute video segment can be seen here, and the second one here. I don't think the commons has ever had this much airtime on American (cable) television.

A big salute to Thom for hosting this kind of material on his show. He is a rare creature on American TV and radio -- an intelligent progressive willing to give airtime to ideas from outside the Washington, D.C. echo chamber. Since the retirement of Bill Moyers, there are very few American TV personalities who actually read history, understand how it informs contemporary politics, and give sympathetic exposure to movement struggles seeking social and economic transformation.

Since I'm sharing links, let me also share the link to my 20-minute presentation yesterday at Ralph Nader's conference, "Breaking Through Power.org" conference, which is being held this week in Washington, D.C.  My talk, "Controlling What We Own -- Defending the Commons," can be seen here at the timemark 5:35:15.

Check out the other presentations on this eight-hour video from Real News Network -- some amazing segments by folks like John Bogle, William Lerach, Ellen Brown and others focused on corporate governance, power and financial abuses.

Every few weeks, I seem to give extended radio and pocast interviews about the commons, and write occasional talks and essays that find their way to the Web. Here is a quick round-up of some of my more notable recent media appearances.

The importance of public squares.  The Hartford, Connecticut, public radio show, The Colin McEnroe Show, featured me and two other guests talking about “Democracy in the Public Square," on April 28, 2016. I focused on the tension between the government as the lawful guardian of public spaces, and the moral authority and human rights of the people to congregate in public spaces.

Seven Short Films on the Commons in Seven Minutes

People constantly ask me for a definition of the commons as if a short sentence or two could begin to encapsulate the vastness and variety represented by the term “commons.”  So as a quick introduction to the many dimensions of the commons -- the inner and outer worlds to which "the commons" merely points to -- let me recommend this seven-minute film, “Seven Short Films on the Commons,”  (A thanks to Silke Helfrich for bringing this to my attention!)

The film(s) were produced by Amar Kanwar and the Foundation for Ecological Security, a leading advocacy group for the commons in India. The vignettes of each film are a lovely evocation of what the commons truly means to commoners in India. This is an important task -- naming and evoking the commons -- because governments and businesses of the modern world cannot see or generally refuse to recognize the commons. They are too focused on individuals shorn of social community, private property rights, and market growth.

Here are the seven succinct declarations made by each short film:

1. Recognize the signature of our commons!  The film flashes words on the screen referring to things we depend upon and share without realizing it:  the air, folk dances, butterflies, playgrounds, the wind, grandma’s cure, the Internet.  The list goes on.

2. Recognize the Reciprocity of Our Commons!  The film notes how different elements of nature of which we are a part are interdependent....which leads to another point:

3. Recognize that Our Commons are a Web of Life!

Better, Not More -- aka Buen Vivir

Here is an inspiring five-minute video about the quest for a new post-growth economic system.  "Better, Not More," was produced by Kontent Films for the Edge Funders Alliance, and was released last week at a conference in Baltimore. The video is a beautiful set of statements from activists around the world describing what they aspire to achieve, especially by way of commons.

The vocabularies and focus for the idea of "better, not more," obviously differ among people in one country to another. Buen vivir is the term that is more familiar to the peoples of Latin America, for example. But as the growth economy continues its assault on the planetary ecosystem, cultivating an ethic of sufficiency -- and developing the policies and politics to make that real -- is an urgent challenge.

The IASC Commons (International Association for the Study of Commons) has released a series of six short, artfully produced videos, “Commons in Action," that amount to short advertisements for important commons projects.

Each begins with the words:  “Commons are forms of governance and governance strategies for resources created and owned collectively.  Commons are a reality today.”

The longest video, at four-and-a-half minutes, focuses on the newly created Workshop on Governing Knowledge Commons, which bills itself as “a collaborative, interdisciplinary research project based on studying cases of commons governance for knowledge and information resources. The Workshop and its methods are inspired by the work of The Vincent and Elinor Ostrom Workshop in Political Theory and Policy Analysis at Indiana University.”

Professor Michael Madison of the University of Pittsburgh School of Law is the host of the website.  The Workshop is a collaboration among prominent academic scholars of the knowledge commons such as Brett Frischmann (Cardozo School of Law), Charlotte Hess (Syracuse University), Charles Schweik (UMass Amherst), among others.

The Psychology of Negotiations in Commons

Kosmos Journal – and My Conversation with James Quilligan

Kosmos Journal is on the move.  It has recently revamped its website, and it looks beautiful!  Many new features and a great design. Kosmos has also initiated several new projects such as a “Global Ambassadors Program” to give the magazine greater global visibility; a study of the transformational “Shift” now underway; and a new bi-monthly newsletter.

A few weeks ago, Nancy Roof, Founding Editor of Kosmos invited me to sit down with James Quilligan, a friend, international development thinker and frequent contributor to Kosmos on commons-related themes.  With video cameras rolling, we talked about some of the most urgent issues facing the commons today and promising new directions for the movement.  A video of our 30-minute conversation can be seen here.  We covered a wide number of topics, from the most recent round of enclosures to some of the strategic needs that the commons movement must address.
videos