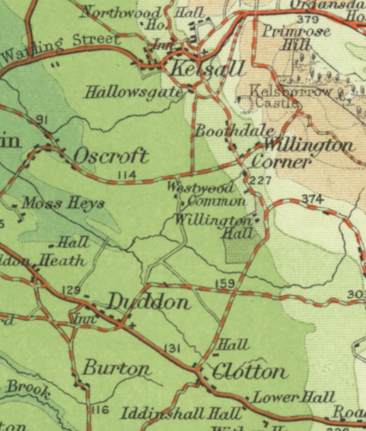 In 2000, property owners prevailed upon the British Parliament to terminate the ancient right to ramble unless a given pathway has been formally mapped and officially recognized. The Countryside and Rights of Way Act set a deadline for such mapping: January 1, 2026. (Parliament originally set a ten-year deadline.) After 2026, unmapped historic pathways will revert to private property and the public right to ramble on such lands will expire forever.

To counter this threat, the Ramblers – a long-time association of walking enthusiasts dedicated to the sense of freedom and benefits that come from being outdoors on foot” -- has organized a campaign, Don’t Lose Your Way, along with a guidebook for ramblers, “Protect Where You Love to Walk.” The goal: to help a small army of volunteers map all of the pathways in England and Wales by 2026, and in so doing, keep them available to commoners.

This task is difficult because some historic pathways may not exist on any contemporary maps. Many pathways are known only through informal, customary use.Their very existence is known because one generation introduces the next generation to the joy of walking them. The official maps made by local authorities may or may not recognize the paths, and newer maps may omit older, less-used paths. Sometimes unscrupulous landowners have actually altered pathways to discourage people from using them, or to eradicate local memory of them.

The Ramblers say that identifying and verifying the existence of many pathways really requires a “systemic trawling through archives.” There is no other way to be definitive. But this task is plainly impractical. Chances are good that some pathways will be overlooked and lost to private enclosure.

But Brits have a history of standing up for their "right to roam." In a still-remembered episode in 1932, there was a mass trespass on the mountain area known as Kinder Scout -- a deliberate act of civil disobedience by hundreds -- to protest the lack of access to open countryside in England and Wales.

The mapping requirement by Parliament reminds me of other enclosures in modern life. Think how Indians (on the subcontinent) have had to document the medicinal value of hundreds of traditional plants and herbal medicines in order to keep them available to all.Without such documentation, transnational pharmaceutical companies could patent traditional medicines that have been freely used for centuries. Without affirmative evidence marshaled by commoners -- the Traditional Knowledge Digital Library -- Big Pharma could claim private, proprietary control over the biowealth of the commons.

I am also reminded of the way that the music industry used copyright law to privatize the commercial use of the 1858 song "Happy Birthday." Another example of how the culture of commoning is an irresistible target for private commercialization. (Happily, a US federal court declared the copyright of "Happy Birthday" to be invalid in 2016.)

It is encouraging to know that the Ramblers and their allies are on the case. Their campaign to map English and Welsh walking trails serves as another reminder that the rights of commoners cannot be taken for granted. They must be secured through hard work and struggle.