A New Primer on the Commons & P2P

Most readers of this blog don’t need an introduction the commons, but there are always newcomers for whom a short overview would be useful. The Transnational Institute and the P2P Foundation have done just that with an attractive new publication “Commons Transition and P2P: A Primer.”

The beautifully designed fifty-page booklet does not dumb down the topic; it simply makes some of the complexities associated with commons and peer production more accessible to the general reader in a single document. The primer explains the basics of commons and peer-to-peer production (P2P), how they interrelate, their movements and trends, and "how a Commons transition is poised to reinvigorate work, politics, production, and care, both interpersonal and environmental.”

A short video about the primer can be watched here. It explains that "the commons are a self-organized system by which local communities manage shared resources with minimal or no reliance on the market or the state.  P2P means collaboration, ‘peer-to-peer’, ‘people-to-people’ or ‘person-to-person.’  P2P is a type of non-hierarchical and non-coercive social relations that enables a transition to a fairer economy for people and nature.”

Besides introducing the commons & P2P, the booklet suggests five practical guidelines, with examples, for achieving a transition to a commons/P2P-based society:

5.  Organize at the local and global levels.

Michel Bauwens, founder of the P2P Foundation, notes that because previous social revolutions have not always succeeded so well,

The organic events will unfold with or without these forces, ready or not, but if we’re not ready, the human cost might be very steep. Therefore the motto should be: contribute to the phase transition first; and be ready for the coming sparks and organic events that will require the mobilization of all.”

Kudos to Michel Bauwens, Vasilis Kostakis, Stacco Troncoso and Ann Marie Utratel for the text of the primer as well to designer Elena Martínez for its attractive look. 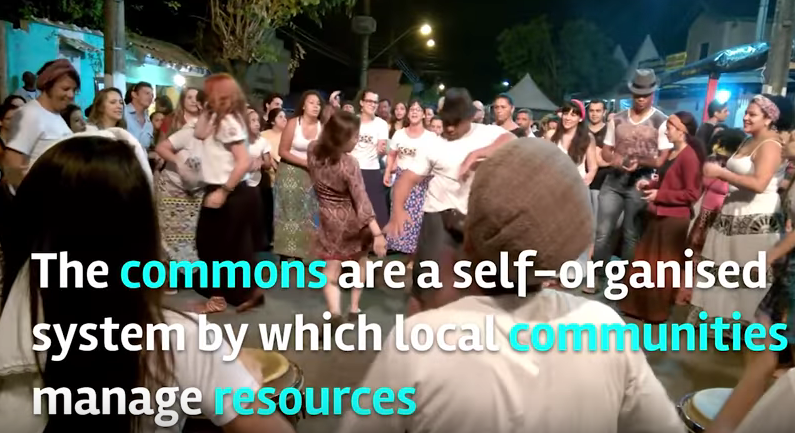