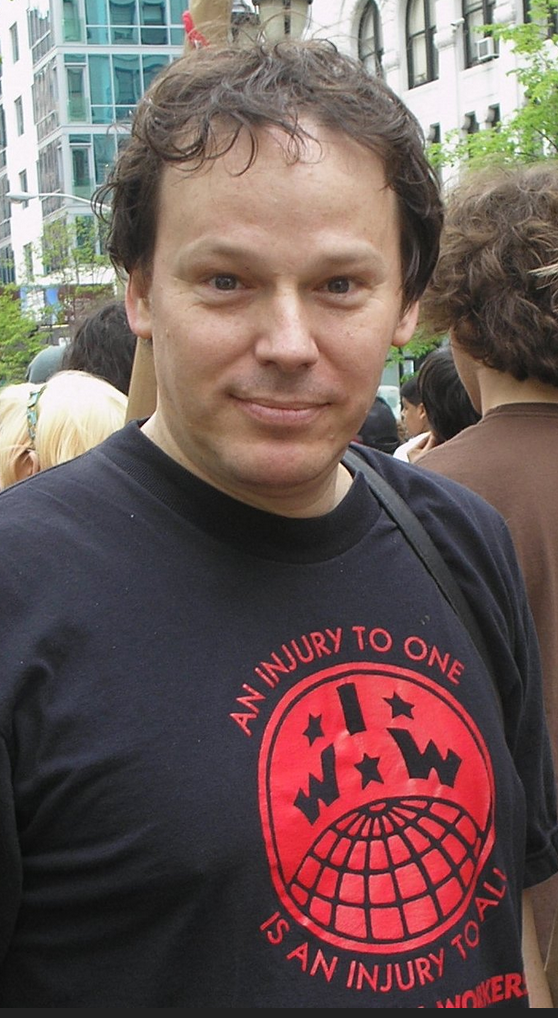 Progressives and other would-be political change agents are at a singular disadvantage in their advocacy efforts, said David, because they don’t have a serious, shared theory of value that can challenge the prevailing price theory of value used by economists. I regret to say that our workshop didn’t solve this problem, but we did clarify many theoretical issues and generate some promising lines of inquiry. It remains a topic that new economy movements should take pains to address.

This was my sole personal encounter with Graeber, and it confirmed what I had heard from many sources – that he was a quirky polymath and absolutely authentic person. But he never let his daring ideas get clotted up with academic posturing or decorous euphemisms. David spoke earnestly from the heart, with intellectual sophistication, personal courage, and an off-kilter sense of the absurd.

He was the moving epicenter of a global network of brilliant friends and co-conspirators, each of whom fed his capacious imagination even as he generously returned the favor, throwing off bright sparks and providing intellectual and personal support. Many observers have noted that Graeber originated the Occupy movement phrase, “We are the 99%.” But he demurred, saying that he only came up with the idea of “the 99%.”  Others on the Occupy organizing team came up with “We” and “are,” proving that committees can often do great work, he crowed.

As Graeber’s fame grew, he objected to being pigeonholed as the “anarchist anthropologist,” as if that were a standing identity. He regarded anarchism as something you do, not as an identity. This was of a piece with his rejection of formal roles and the tyranny of reputation. What could be more satisfying and generative than being a fully alive, curious, questing, adventurous human being?

I think this was ultimately what enabled him to come up with such astute judgments and astringent commentary in his books. I still remember his point about debt: “For me, this is what’s so pernicious about the morality of debt: the way that financial imperatives constantly try to reduce us all, despite ourselves, to the equivalent of pillagers, eyeing the world simply for what can be turned into money.”

Or: “The ultimate, hidden truth of the world is that it‘s something that we make, and could just as easily make differently.”

Or: "Whenever someone starts talking about the 'free market,' it's a good idea to look around for the many with the gun. He's never far away."

It feels gratuitous to repeat much of what has appeared on Twitter and other venues of appreciations for Graeber. For those unfamiliar with him, here is a link to the New York Times obit for him, and here is Rebecca Solnit’s appreciation in The Guardian.

I now realize how much comfort I took just from knowing Graeber was out there. I could count on him applying his deep and subtle scholarship to the problems of our time – and suggesting ingenious pathways forward, starting with ourselves. He was always scheming up new activist strategies, blending his antic imagination with serious purpose. And what could be more valuable, in the end, than responding to the human predicament with authenticity, serious thought, personal generosity, and humor?