Benkler's The Penguin and the Leviathan

Is the pendulum swinging to a new vision of what human beings are? For decades the standard narrative of the economics profession has been that a human being is homo economicus, a self-regarding, materialistic creature who is constantly trying to maximize his utility through rational calculation. We all know that this is a caricature, but in the “real world” of markets and politics, it seems functional enough to accept as true. After all, we all know people who are nasty, self-serving and acquisitive.

While everyone has been focused on this aging model, however, a new body of academic literature offering up a new paradigm has been building for the past twenty years or more. It hasn't quite won mainstream acceptance, at least among economists, politicians and the public. But Harvard Law Professor Yochai Benkler aspires to remedy this problem with his new book, The Penguin and the Leviathan: How Cooperation Triumphs Over Self-Interest. The book is an accessible and thorough overview of the literature of cooperation, as seen through the prism of economics, sociology, neuroscience, evolutionary biology and other disciplines.

Scores of scientific studies and countless Internet-based examples are revealing that we humans aren't as irredeemably selfish and socially retrograde as economists make us out to be. In fact, science is telling us that humans appear to be hard-wired to cooperate within consensual social structures, rather than wage an endless competition of individuals against each other. Such findings have far-reaching implications for how public policy, law, regulation, business models and many other social structures should be designed – which is precisely Benkler's point in writing the book. We need to acknowledge our human capacities to work together collaboratively and to d

Benkler's previous book, The Wealth of Networks, was an illuminating but dense and lengthy treatise on how digital networks are enabling “commons-based peer production” and markets that are more socially embedded and responsive. In many respects, that book, published by Yale University Press, is quite a contrast to The Penguin and the Leviathan, an anecdote-filled book published by Crown Business and aimed at a lay readership and businesspeople.

For those of you who read French, a terrific new collection of 30 essays about the commons of knowledge has just been published.  Libres Savoirs:  les biens communs de la connaissance, edited by the French organization Vecam, features essays from authors around the world writing about the knowledge commons.  The pieces focus on educational resources, open source software, open access publishing, the patenting of seeds, health, the commons as a movement, and many other topics.

Libres Savoirs is the first such book on the subject published in France, and is available at the online bookstore of C&F editions.  The organization that edited the book and provided French translations, as needed, is Vecam, a group dedicated to helping citizens understand the economic and political implications of the new knowledge commons.  A hearty salute to Valérie Peugeot, Frédéric Sultan, Hervé Le Crosnier and Nicolas Taffin for their role in pulling this volume together!  It is likely to spread awareness of the commons in France.

My former colleague at On the Commons, Jay Walljasper, has pulled together a rich array of stories, short essays, profiles and other found gems in a new book, All That We Share:  A Field Guide to the Commons (New Press, 2010).  It’s an especially useful introduction for newcomers to the commons, but it valuable to others as well.  The book explains the basics of what is the commons, why they matter now, and how they provide practical alternatives or complements to existing market systems.  All That We Share covers everything from the enclosures of urban spaces and information to water and nature, as well as a slew of inspiring models for the future.

There’s the story of Mark Lakeman’s work in reviving neighborhood squares in Portland, Oregon, and Jesús León Santos leadership in re-introducing indigenous farming techniques to Mexico, which is helping stop erosion and improve water flows.  There’s the story of North Dakota’s state-owned bank, which has made affordable credit available to its citizens; the Alaska Permanent Fund that channels dividends from oil drilling revenues to every citizen in Alaska; and the remarkable improvements to public transit and schools that Mayor Enrique Peñalosa brought to Bogotá, Colombia.

I confess I’m not the best reviewer of All That We Share because I have several excerpts of my own in it and because Jay’s a friend.  But let the volume speak for itself:  it features such illustrious contributors as Robert Reich, Jeremy Rifkin, Peter Barnes, Peter Linebaugh, Mark Dowie, Winona LaDuke, Robert F. Kennedy, Jr., and Lewis Hyde, among others.  It puts a human face on the dozens of different realms in which commoners are making a difference, and tells their stories in an accessible way.  A wealth of commons-based innovations is reconstructing a battered world.  Read all about it.

Authenticity and the Commons

One of the abiding dramas that we moderns are fated to endure is the nagging sense that something more real, more authentic is happening elsewhere, that we do not really inhabit our own skin and have sovereign experiences.  Why is this?  Former magazine editor and essayist Richard Todd explore this vague, uneasy phenomenon in a series of beautifully written, amusing and often profound chapters in his book, The Thing Itself:  On the Search for Authenticity (Riverhead Books, 2008).  I've been reading it lately and finding much nourishment.

Todd writes:  "This book began with a simple feeling, the sense that my life and much of the life around me was not ‘real.’” What does it mean to be “real,” and why do we care about it so much?  The twenty-one essays are sparkling, humane meditations on “authenticity” and the false and simulated.  Why do we prize an object that has a documented historical provenance over an identical facsimile?  Why are the the hyper-real, personal lives of celebrities so compelling to so many people even though the details are so palpably artificial?  Why is irony often as revealing and truthful as professions of unvarnished “sincerity”? 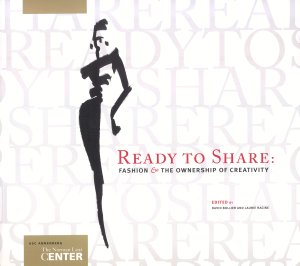 The Founders as Mashup Mavens

For pragmatic activists fighting the good fight against expansive copyright laws, the focus is usually on the here-and-now — how the law prevents us from sharing our works online, how it criminalizes all sorts of everyday activities, how it sanctions monopolies that charge ridiculous prices and stifle competition.

A Paradise Built in Hell

Anyone who sees the world through the lens of economics is likely to see humanity as an unruly mass of selfish individuals clamoring for as much as they can. It’s a dog-eat-dog jungle that is only constrained by the rule of law and government.

The pantheon of property law generally honors the great virtues of private ownership — while making the case that the public benefits from such arrangements.

The Politics of Copyright Law Explained

William Patry has written the kind of book on copyright law that we have sorely needed for a long time. Moral Panics and the Copyright Wars (Oxford University Press) is a trenchant yet highly readable political history of copyright and the deceptive language tricks that gives it so much power today.

From Whence Does Creativity Emerge?

It’s a pleasure to see Lewis Hyde receive such well-deserved attention in the New York Times Sunday Magazine, in a lengthy profile, “What Is Art For?” by Daniel B. Smith. Hyde has long been a friend of the commons; he even guest-blogged here at Onthecommons.org several years ago. He is a poet, philosopher, translator and essayist who travels in some rarefied literary and artistic circles, yet remains deeply committed to the commons and the values it embodies.