It’s a bit odd that land reform is barely mentioned in most progressive agendas. Maybe that's because it is seen as challenging the presumed virtues of private property and capitalist markets. Yet secure access and tenure to land is essential for achieving so many progressive goals, from building new sorts of regional food systems to providing affordable housing and enabling local self-determination and personal well-being.

Severine von Tscharner Fleming put it well in the latest episode (#10) of my podcast Frontiers of Commoning: “At the root of peace is sufficiency and wholeness, and that means people having their needs met, people being fed. And that sufficiency and wholeness can be achieved only through a certain level of sovereignty over land and self-determination that is rooted in land.”

Severine is a young organic farmer, activist and organizer based in Maine who has had a remarkably productive career as an advocate for young farmers and land reform. She helped start Agrarian Trust, an organization dedicated to supporting land access for the next generation of farmers. In recent years, Agrarian Trust has started ten Agrarian Commons in the US, in an attempt to make community-supported, collectively stewarded farmland available to younger farmers. As the project notes: “With 400 million acres of land in the U.S. expected to change hands over the next two decades, the time for transformation in land ownership is now.” 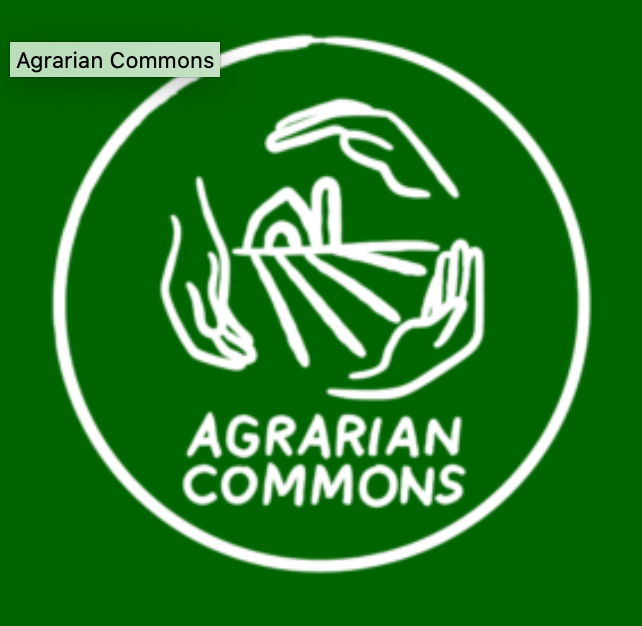 Agrarian Trust is just one of many new ventures that Severine has helped set in motion. She also played a key role in starting Greenhorns, a grassroots cultural organization that produces a literary journal, radio show, blog, and other media for young farmers.  She helped launch Farm Hack, a project that designs and builds farm equipment using open source principles.

More recently, Fleming pulled together Seaweed Commons, a network of people concerned about seaweed aquaculture and intertidal commoning. The project is focused on improving “the ecological literacy of stakeholders in the marine economy.” The challenge includes preventing toxic algae blooms, capturing the runoff of nutrients from salmon pens around the world, and ensuring ethical, environmentally responsible cultivation of seaweed for biofuels and aquaculture.

At the upcoming COP Summit in Paris (the UN Framework Convention on Climate Change), no one expects the world’s governments to make serious headway against global climate change. Neoliberal-obsessed governments are more concerned with propping up collapsing capitalist structures than in reducing carbon emissions (which have doubled over the past generation).  Corporations are more intent on preserving their market share and investors in preserving their net worth than in entertaining an environmentally benign economic paradigm shift.  We can be sure, following COP21, however, that world leaders will declare the event a success and let loose their own copious emissions of PR blather.

Let’s face it – we’re more or less on our own.  The impetus for change has to come from the bottom and the local.

Which brings me to the inspirational work of POC21 – Proof of Concept 21 – which stands for “a proof of concept that the future we need can be built with our own hands.” For five weeks – August 15 to September 20 – more than 100 makers, designers, engineers, scientists and geeks converged on Château de Millemont, an ancient castle near Paris.  Their mission:  to work together in developing prototype machines that could radically reduce our dependence on carbon fuels.

The idea of POC21 is to invent inexpensive, modular household devices, farm tools, energy systems and other appropriate technologies that can be replicated cheaply, repaired easily and copied and shared by anyone. “Imagine a new breed of open source products available in your neighborhood,” POC organizers have announced. “This is our vision.”

The Rise of Open Source Hardware

It may be too early to declare it a runaway trend, but it is clear that businesses dedicated to producing "open software hardware" are gaining a foothold. In a short video, Phil Torrone, editor of MAKE and Limor Friend of Adafruit — two leaders in the field — give a quick run-down of thirteen companies that are now earning more than $1 milion in revenues from producing open-source hardware products.