The following is one of a series of features from The Commoner's Catalog for Changemaking: Tools for the Transitions Ahead, by David Bollier. The Commoner's Catalog, a compendium of dozens of vanguard commons projects and movements, is available through book stores and online (for free) at https://commonerscatalog.org.

Alarmed that certain types of caring for people has been criminalized, a large group of Europeans assembled a course syllabus in 2019 on what they call “Pirate Care.” As the convenors of the project explained, “We live in a world where captains get arrested for saving people’s lives on the sea; where a person downloading scientific articles faces 35 years in jail; where people risk charges for bringing contraceptives to those who otherwise couldn’t get them. Folks are getting in trouble for giving food to the poor, medicine to the sick, water to the thirsty, shelter to the homeless. And yet our heroines care and disobey. They are pirates.” 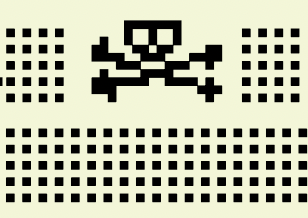 Hence the idea of “pirate care” – and the need to offer humanitarian or lifesaving care even if the state chooses to criminalize it.  The Pirate Care syllabus, developed  by Valeria Graziano, Marcell Mars, and Tomislav Medak, fashions itself as “a research process – primarily based in the transnational European space – that maps the increasingly present forms of activism at the intersection of ‘care’ and ‘piracy.’  It proposes new and interesting ways for intervening in "one of the most important challenges of our time, that is, the ‘crisis of care’ in all its multiple and interconnected dimensions.”

The care deficit of our time can be seen as the failure of various market/state institutions – for healthcare, housing, food, social support  – to help those in desperate need.

In general, care is often the most vulnerable human service because markets often do not value care unless there is demonstrable "consumer demand."  State bureaucracies like to offer regularized units of service to people, as if they were machines. Large, rules-driven institutions are simply incapable of "care."

And so care remains largely unpaid or poorly paid work.  It is often gendered (and marginalized) as "women's work" or as work for people with nonwhite skin.