Hyde’s book explores the strange dynamics of creativity as a mysterious, beautiful gift. While markets try to turn creative works into (private, bounded, inert) property and make money from them, they cannot really understand or explain the origins of creativity; that is an irreducibly human, poetic, and mythological enigma. Yet the culture of giving gifts is profoundly important because it brings people together in enlivening ways and enlarges the human spirit across time and space. 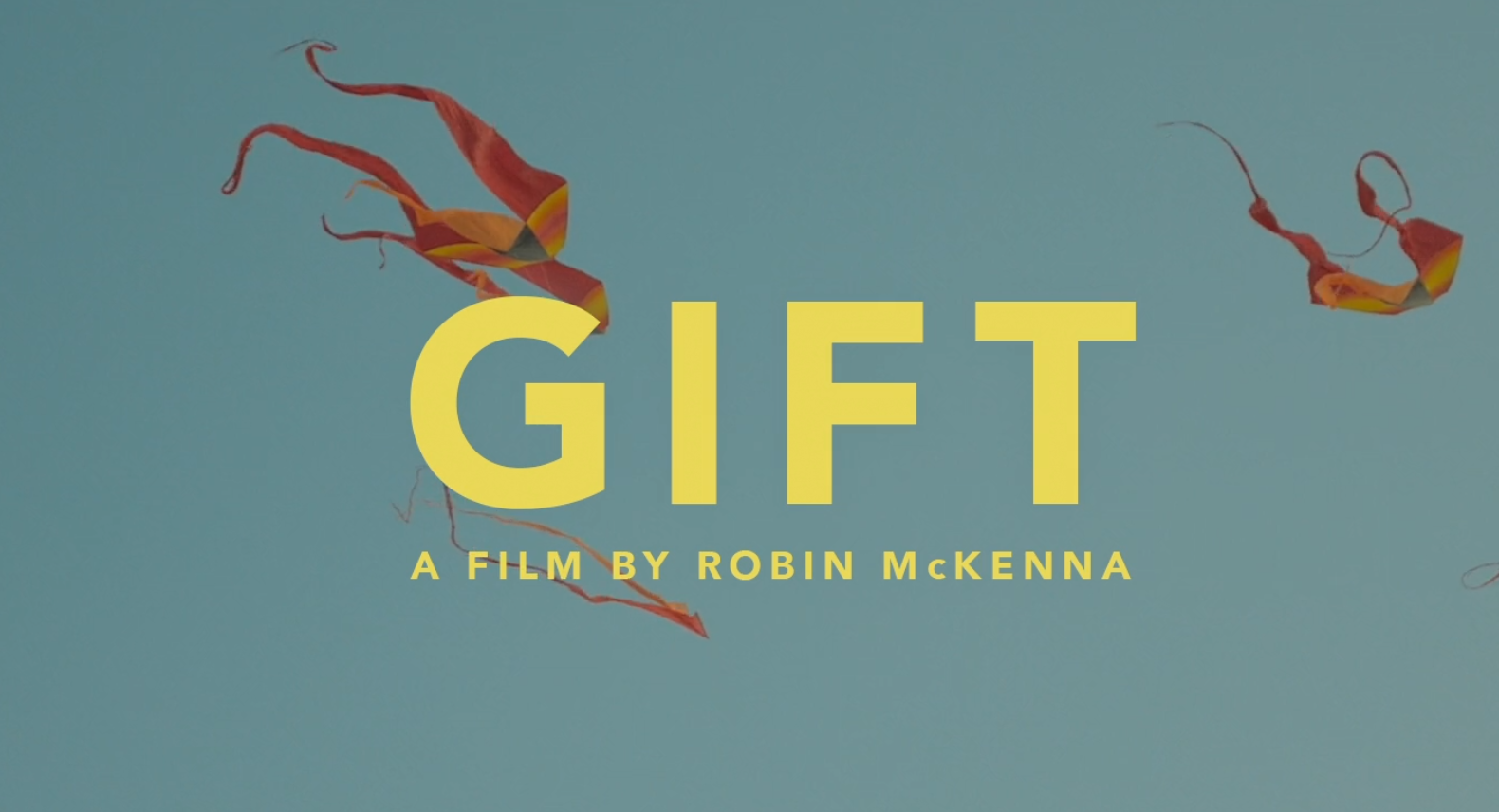 In Hyde’s reckoning, “the gift must always move” – it must constantly circulate if its value is to be sustained. So it is only appropriate that his book has now, finally, inspired a film to showcase the spirit of the gift. The wonderful new documentary film Gift is itself the result of many gifts -- “invisible means of support” from strangers and friends -- given to Canadian director Robin McKenna as she struggled to bring the ethos of the gift to the big screen.

McKenna toiled for years finding and shooting a diverse variety of gift cultures and raising the money to complete the film. And while the theme is inspirational, it is hardly commercially attractive. The film bravely challenges the juggernaut of market culture, showing us that the most valuable things in life are gifts that cannot be monetized; indeed, introducing money into a situation often destroys value and creative vitality.

The French-based group OuiShare recognized five exemplary projects in the “collaborative economy” at its recent OuiShare Fest conference in Paris. The three-day event was itself was a remarkable gathering of more than 1,000 passionate fans of innovative models of sharing and mutual support.

The OuiShare awards focused on five broad categories – collaborative consumption, open knowledge, crowdfunding and P2P banking, makers and open manufacturing, and open and horizontal governance.  With 127 applications from 31 countries, it was a rather competitive field.

The winners this year included one of my favorites, Guerrilla Translation, “a collaborative hub for authors and translators to network and share stimulating ideas internationally.”  The group describes itself as “exporters of fine interlinguistic memes,” adding:

Guerrilla Translation is building bridges between cultures, starting with Spanish and English. We select written and video pieces with a focus on constructive change and long-range analysis, translate them, and share them.  We’re connecting authors with new audiences, and people with new ideas, shared through technology but created in a very personal, artisanal way.  We feel strongly that translation is best handled not by software, but instead, by committed and passionate translators working together to achieve the highest level of professional quality in our work.

Lessons from the Corporatization of Couchsurfing

For a while, Couchsurfing had an amazing run, connecting travelers with hosts and helping strangers become friends.  Until around 2011, it was a way-crazy gift-economy for hospitality on a global scale, with more than five million members (now seven million) in 90,000+ cities.  Who would have thought that a loose non-market community could ever get so big while retaining its ideals and ethical stance?

Alas, Couchsurfing’s popularity created some new problems of its own, and the site was plagued by some dubious management decisions, technical challenges, and the lack of funds.  At Medium.com, Roy Marvelous explains what happened in 2011:

Basically, Couchsurfing owed tax money (its tax-exempt status as a non-profit was not approved), it needed far more investment in servers and it needed to hire more engineers to reprogram the site to make it scalable. And apparently, the only viable solution was to become a for-profit, sell a portion to venture capitalists and have it run by professionals.

The problems were real but I’ll be blunt: Couchsurfing was stolen from its members. This was code, content & community built by the members, for the members. None of those volunteers, working for free under the false pretense that Couchsurfing would stay non-profit, received any equity in this new corporation. Why couldn’t there have been another way? I would have donated money. I would have been happy with advertising. They could have moved Couchsurfing HQ to Berlin or Chang Mai or Santiago rather than be based in San Francisco, one of the most expensive cities in the world.

After the Internal Revenue Service refused to grant Couchsurfing tax-exempt nonprofit status – formally known as “501(c)(3)” status under the tax code – Couchsurfing decided to become a “Certified B Company,” or “for-benefit” corporation.  As Marvelous points out, this was apparently the only way to move forward.  (But is this true?)  By 2012, Couchsurfing had raised more than $22 million in venture capital money and it was on its way to becoming another profit-oriented corporation in the “sharing economy.”  (The so-called sharing economy, it should be noted, is less about sharing than about micro-rentals of things that previously could not be marketized.)

A recurrent problem for any successful digital commons is the temptation to privatize and monetize the value generated by it.  Once enough value has been created (impressive web traffic, cool software, a repository of information), the people in charge inevitably get to thinking, “Hey, this could be worth a lot of money!”  And so begins the insider-driven enclosure of an informal commons, usually cloaked in soothing rationalizations.

The latest example is CouchSurfing’s lunge toward the marketplace.  CouchSurfing is an international gift economy that lets people find a free “couch” to sleep on in more than 81,000 cities around the world.  Begun in 2003, the website has always prided itself on being a self-organized, tightly knit and trusting community for authentic cultural encounters and generous hospitality.  It has been the deliberate antithesis of crass tourism and commercial travel.  Travelers are actually prohibited from paying their hosts because the whole enterprise is meant to foster meaningful social encounters.  The whole enterprise has been run as a community, not as a business enterprise.  (I blogged about CouchSurfing here in 2010.)

Imagine the shock and dismay of many CouchSurfers to learn that “their” website is now a for-profit corporation that recently raised $7.6 million from Benchmark venture capital and the Omidyar Network.  The official reason given is that CouchSurfing needs to hire ten top-notch programmers to assure that the website can stay current and compete with a number of for-profit travel/hospitality sites that have arisen, such as Tripping.com, AirBnB and OneFineStay.com.  To its credit, CouchSurfing “owners” have filed to become a “B Corporation,” which legally allows to pursue mission-oriented goals as well as financial ones.

The gift economy is alive and global among an improbable network of "Couchsurfers" who stay in strangers’ homes when traveling. The idea got its start when Casey Fenton impulsively booked a flight to Iceland because of a cheap online airfare, and then realized that he didn’t know anyone there and had no idea what to do there.

So he found a list of email addresses for students at the University of Iceland in Rejkevik, and sent out emails asking if he could crash with them on their couches. He got lots of invitations and had a fantastic weekend with utter strangers.

"A Stem Cord of a Web of Relationships"

I. What is the commons?

Revisiting "The Deadweight Loss of Christmas"

Charles Dickens’ character Scrooge has lasted for more than two centuries because we love to witness a villain who stubbornly refuses to see the value of human connection and kindness -- and then, suddenly, gets it! Scrooge comes to mind when re-reading The Deadweight Loss of Christmas (pdf file), a now-classic essay that appeared in the venerable American Economic Review in December 1993 (vol. 83, no. 5, pp. 1328-1336).